What is coming in the future? Let’s try to know about Future Technology

Before that let’s know about the past. The advanced computer was created by a mastermind scientist named Charles Babbage. In the beginning, computers were only used in the calculation.

In those days computers were used to predict solar eclipses and astronomical events. Nowadays computer means desktop, laptop, tab smartphone, and many more! You need to learn about future technology first.

No, I am not joking! According to the information of MSTU after 50 years computer will become like a costume! Can you believe it? It is because the hardware is shrinking day by day. Chips have become smaller than before, and thin also. But I am sure that is so hard to believe! Come on buddy, think about a foldable mobile phone.

Sounds very interesting. But you will become more surprised after knowing that, since the invention of the computer, scientists have been trying to integrate biology with computer technology. For the first time, Leonard Adelman came once. A DNA-based computer is different from a conventional computer.

In simple language, a DNA computer is a computer made with DNA! This computer can increase its processing capacity according to the calculations. It is possible to contain all the printed material of the world in just 1 mg of DNA!

The Computer would become your doctor:

Nowadays medicine specialists are using computers to ensure the correct medicine for the Patient. But one day will come when you do not need to go to the doctor. Because computer software will automatically diagnose the disease directly. After 50 years the slogan would be “Use computer a day, keep the doctor away”.

Already specialists have created such software like that! But the matter of great sorrow that sometimes that software becoming harmful for the patient. But how will it work? As you know, computers are increasingly focusing on artificial intelligence. And the first purpose of artificial intelligence is to occupy the seats of doctors.

The computer will be your life partner:

Yes! After a few years, the computer is going to be your life partner. Do you know why? Day by day we are getting more and more addicted to computers. Scientists have recently discovered a type of disease. People who are affected by this disease think that the computer is not a device, but someone more than life.

But some people are looking at it positively. Because it is possible to make life partner as you want through the computer. Many people ask a question if it happens in real life, is reproduction possible in this way? Even we don’t know! But scientists have to continue their research on it!

Virtual reality or VR will become more and more realistic using the future technology of the computer. The scientist already starts their work to make the VR tech and Computer tech together. Have you ever seen R-one, one of the best Bollywood master cut? After some years the thought of R-one will become true. But hopefully, in a positive way!

The computer will be used in Black magic

Yeah! Sounds very interesting, but true. Because after some years 40 percent control of human body will hand over to the computer. So if people want they can easily handle others! And why not! We already controlling others using wireless technology. So nothing impossible.

But it would be harmful to users. That’s why from now we have to take steps to stop virtual Black magic. If you were a student of science, you may know a little bit about quantum theory in physics. Quantum theory is the branch of physics that deals with the smaller atoms located between atoms and atoms.

There are many unrealistic things in quantum theory that can be implemented with theory, and after a few years, computer Computers will be fully integrated with quantum theory. 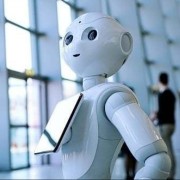